To begin the next year right, here is a new version of the RLV with a few bug fixes by me and a lot by LL. I find this version quite more comfortable than the last one, in fact, it seems more responsive, especially when it comes to avatar baking (the process of changing the texture of the avatar, mind you, we do not cook people here).

- changed : A lot of fixes from LL to make the viewer more enjoyable to use (namely a fix for the rotation glitch, a fix for baking, a fix for corrupt sculpt textures in the cache, and more).
- fixed : When stuck in mouselook, we couldn't move the cursor and the mouse at the same time.
- fixed : When issuing @detachallthis without an option and without @detachthis along with it, we could detach the object from the pie menu (not from the inventory), and we could unwear pieces of clothing contained in the same folder (but not in child folders).
- fixed : @addattach did not work when no attachment was included into the name of the object (now the viewer attaches then detaches it immediately when it realizes the target attach point is supposed to be locked empty).

As usual, you can grab the viewer here :
www.erestraint.com/realrestraint

If you want to switch the whole blog post and head directly to the place where you can buy them, here it is :


Most of them are part of a series inspired by House of Gord (you know, the excellent fetish, ultra-bondage website). This is even where the name of the movie brand comes from : "Maison de la Marquise" ("House of the Marquise" in French), as a homage to the aforementioned website.

The movies are all made with top-notch technology and animations, and often with stuff that I have to make myself for the occasion. The sweat on the girls' skins is a prime example of it. The latex and spandex suits as well. Not to mention, of course, the restraints.

I also give the name of most of the furniture and accessories used in the movies, not for advertisement purposes (they don't pay me for that), but as a "if you want to do it yourself" kind of hint. I'd like my movies to inspire others to create their own, so I help by pointing out where to find quality stuff.

Attention, the content of the movies is explicit, and there are pictures here that are just as explicit. Usually I refrain from posting pornographic pictures on this blog (at most, I am almost nude but not totally), but since the focus of those movies is eroticism and porn, there is little point in censoring them, because I want to show pictures that are directly taken from the movies. However, recent changes to Blogger's adult content policy forced me to remove the nude pictures. This means, for example, all the three The Wait covers. Sorry about that, they are still visible on the Marketplace.


I wanted to wait before telling you about that series, for the simple reason that it needs a few movies to get an idea of what it is, where it is going, and what the main characters do and look like.

And with time, the characters grow up on their own, write their own stories... Every writer will tell you that this is how it works. They are solid and consistent, and that's why I am happy to tell you their hot, very hot, stories. 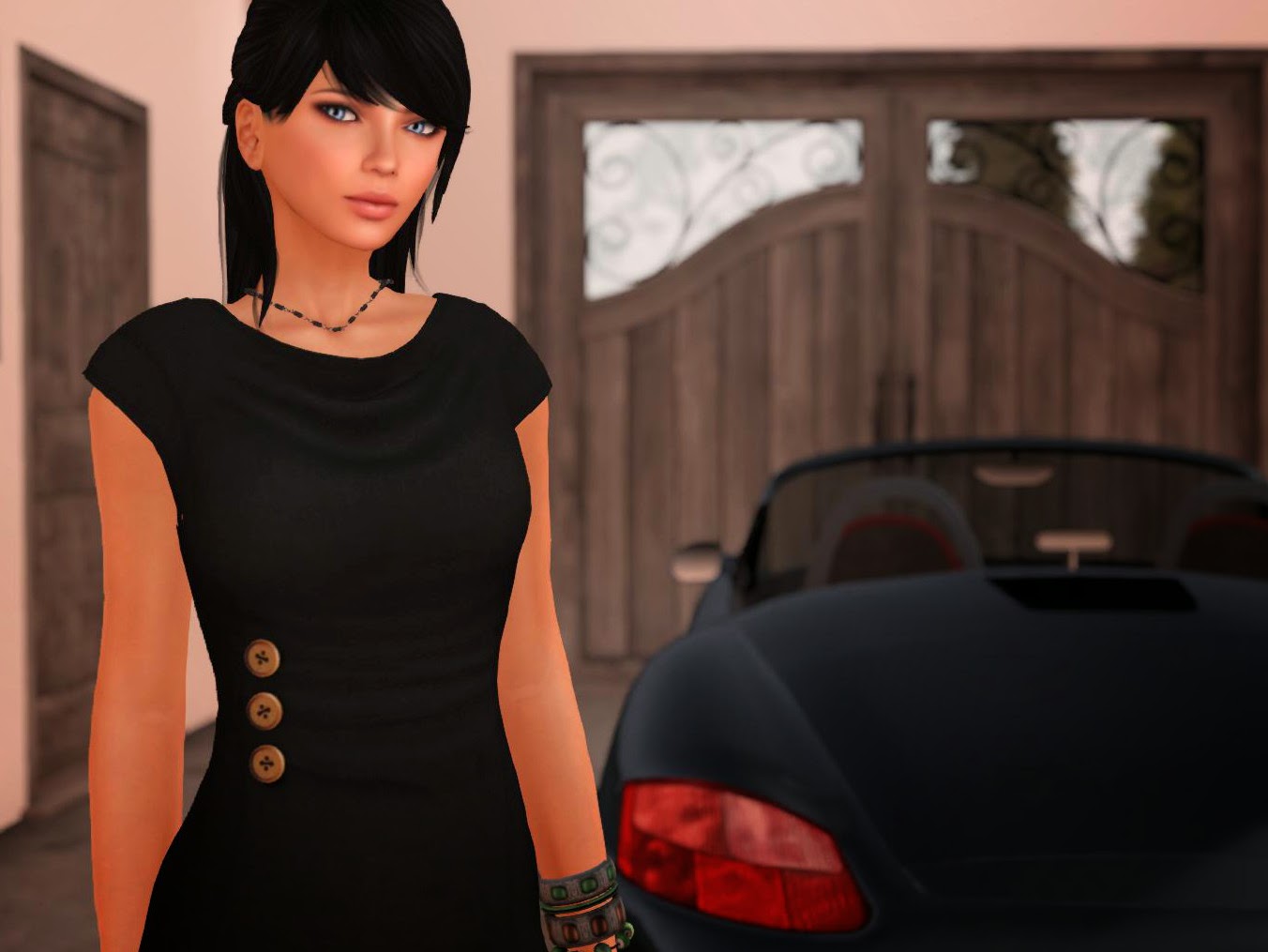 Gina is the main protagonist of the series, she is the heroin, a typical East Coast city girl of Italian ascent, with a knack for getting herself in trouble. She is a cute, smart and adventurous girl, who is out to satisfy her own need for good, tight and kinky fun with people she can trust. She has tried pretty much every domina in her area but wasn't satisfied, and her last ditch attempt is the Marquise, a domina recommended to her by several others.

She is also the only character you can hear the thoughts of. Well, not always, sometimes she thinks out loud so everybody can hear her. And usually, that gets her in trouble. 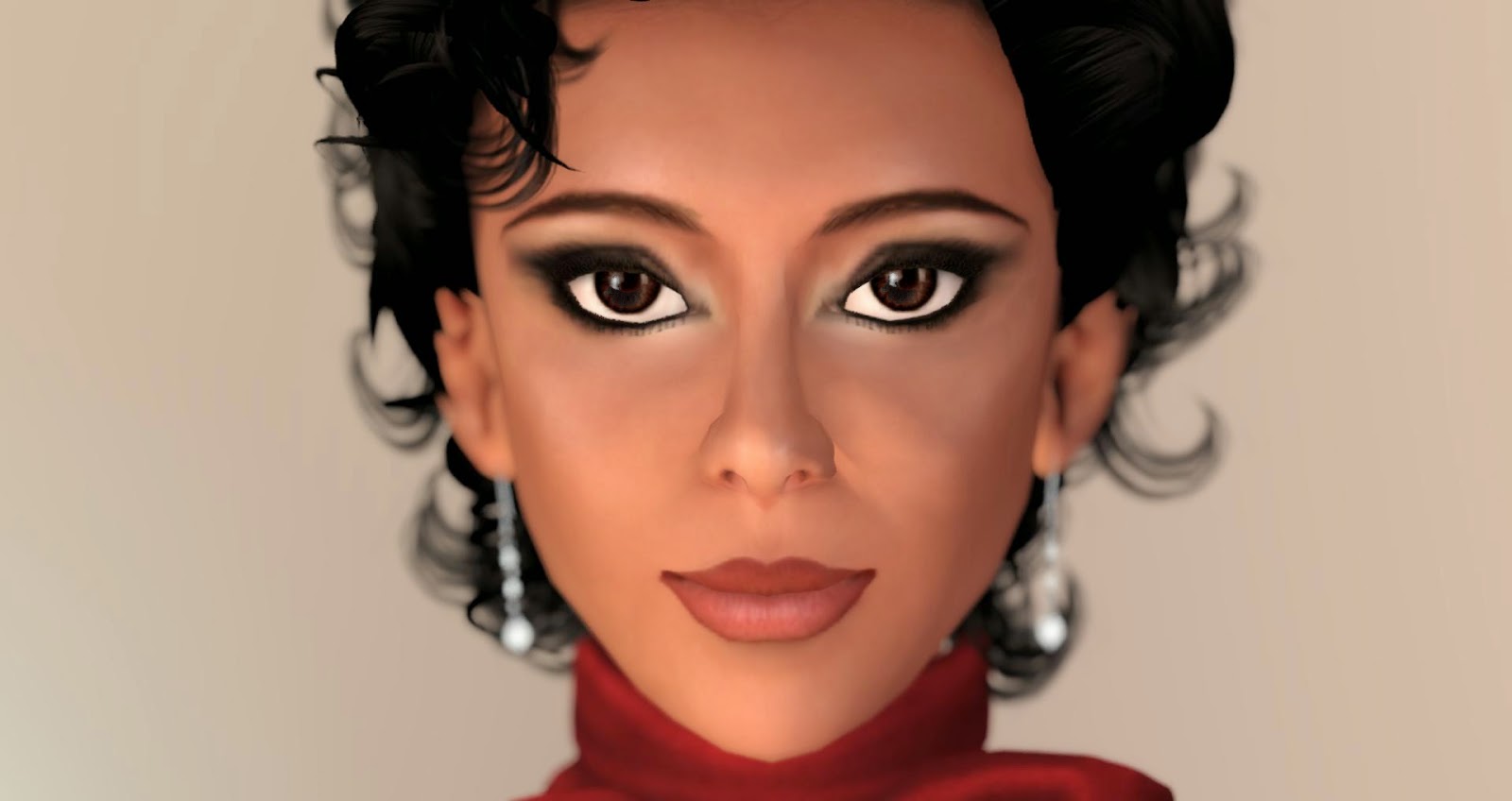 Presumably from noble ascent (unless this is just a codename), the Marquise is a refined and classy woman, whose business is into providing professional domination sessions to a select few customers. Her house (from which the name of the brand comes) is a big, classy mansion, very cozy in appearance but also partly re-purposed for her activities.

She also realizes the movies, stars into them, produces them, and publishes them. Her actual name is inspired from a famous British singer (who pretty much handles her whole business herself as well). And also from a character from a book. Her accent and odd expressions give her away as an European, probably French or Spanish. 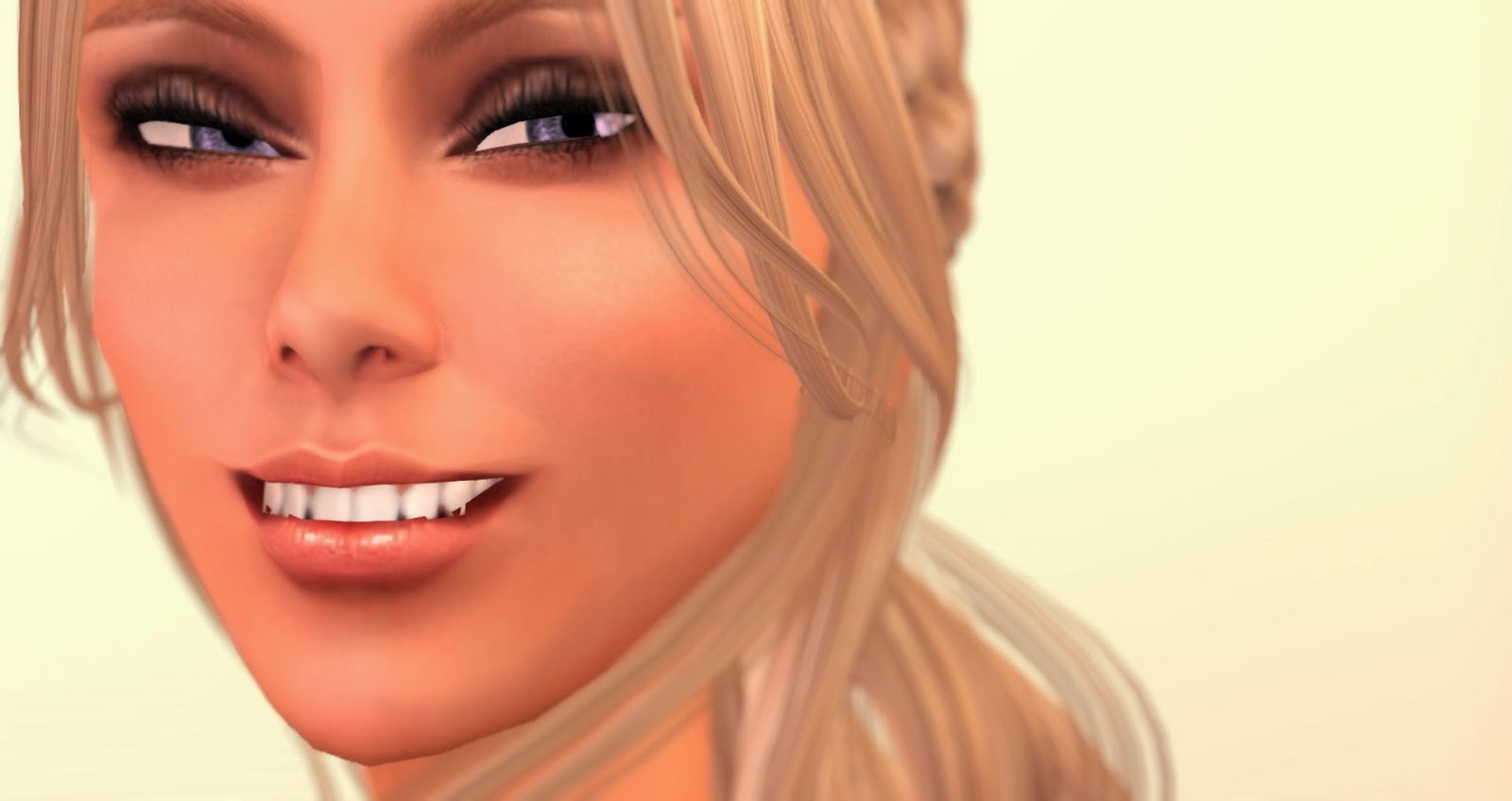 She is also a real bondage slut, and regularly comes to the Marquise for long-term sessions of intense bondage. Long-term as in several days long. As a result, she and the Marquise know each other well and are now good friends. 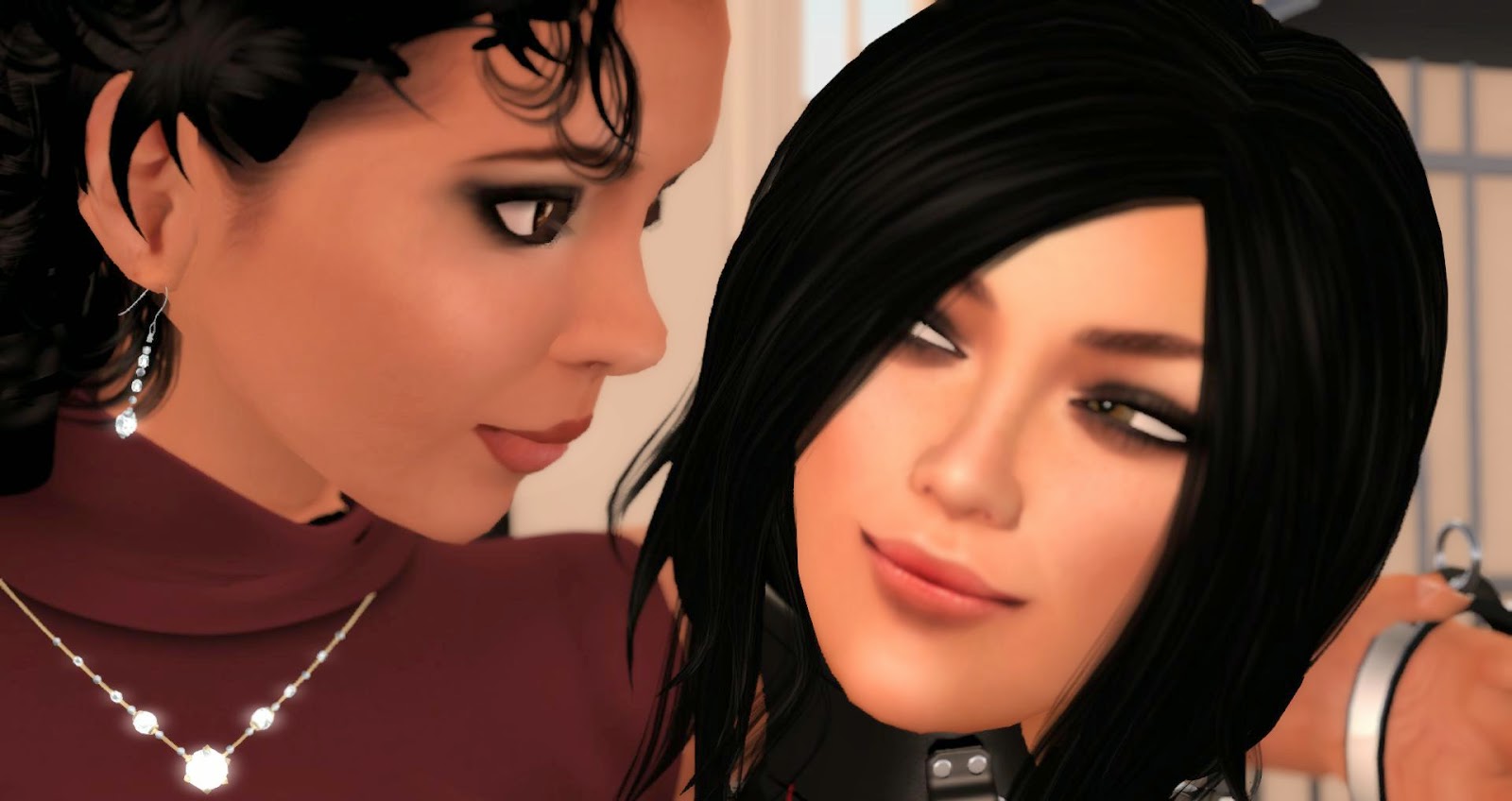 Anita is a Spanish clothes designer who sometimes designs fetish clothes. A little geeky, she likes to create and experiment extreme bondage gear, especially dedicated to ponyplay, her favorite activity.

Very kinky, very athletic, former Kung-Fu vice-champion, the girl is very competitive and quite short-tempered, but she goes out of her way for her friends. Just don't try to cross her, for she is dangerous even when bound ! 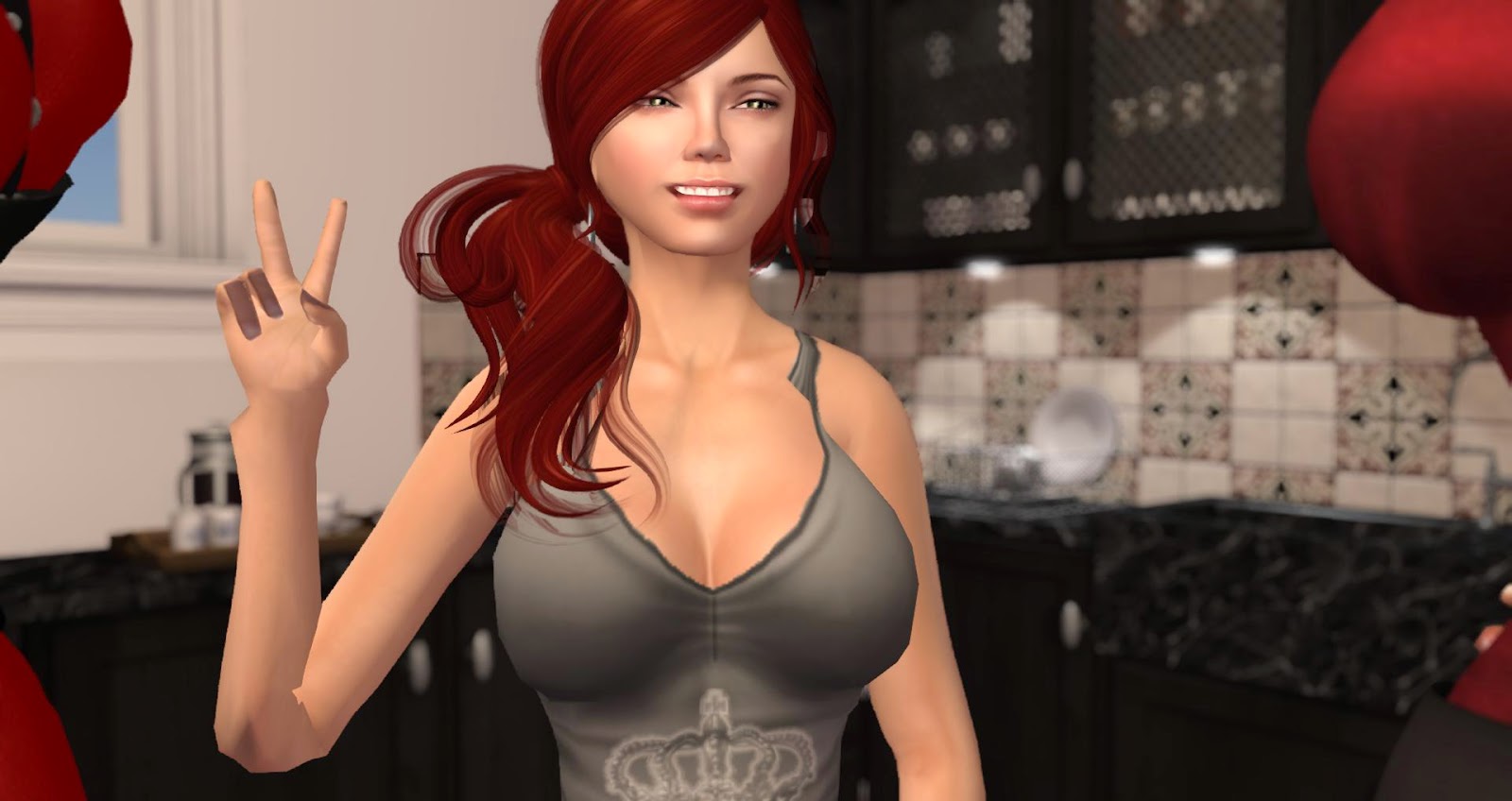 Jade is an employee of the Marquise, she serves mostly as a rigger (someone dedicated to tying up boys and girls, and to look after them, inside and outside bondage sessions). Laconic, sharp and watchful, she seldom speaks about her regular job (being a rigger for the Marquise is a filler), which sometimes takes her away for weeks or months. But when she is there, she is a very trustworthy asset in the Marquise's business.

She is also quite kinky, and sometimes enjoys getting in bondage herself.


There will be, of course, other characters featuring in the series, and some cameos, too...

For the time being, the story of Gina spans over five episodes. There will be more if the series is well received. Each episode lasts about half an hour, give or take 5 minutes. 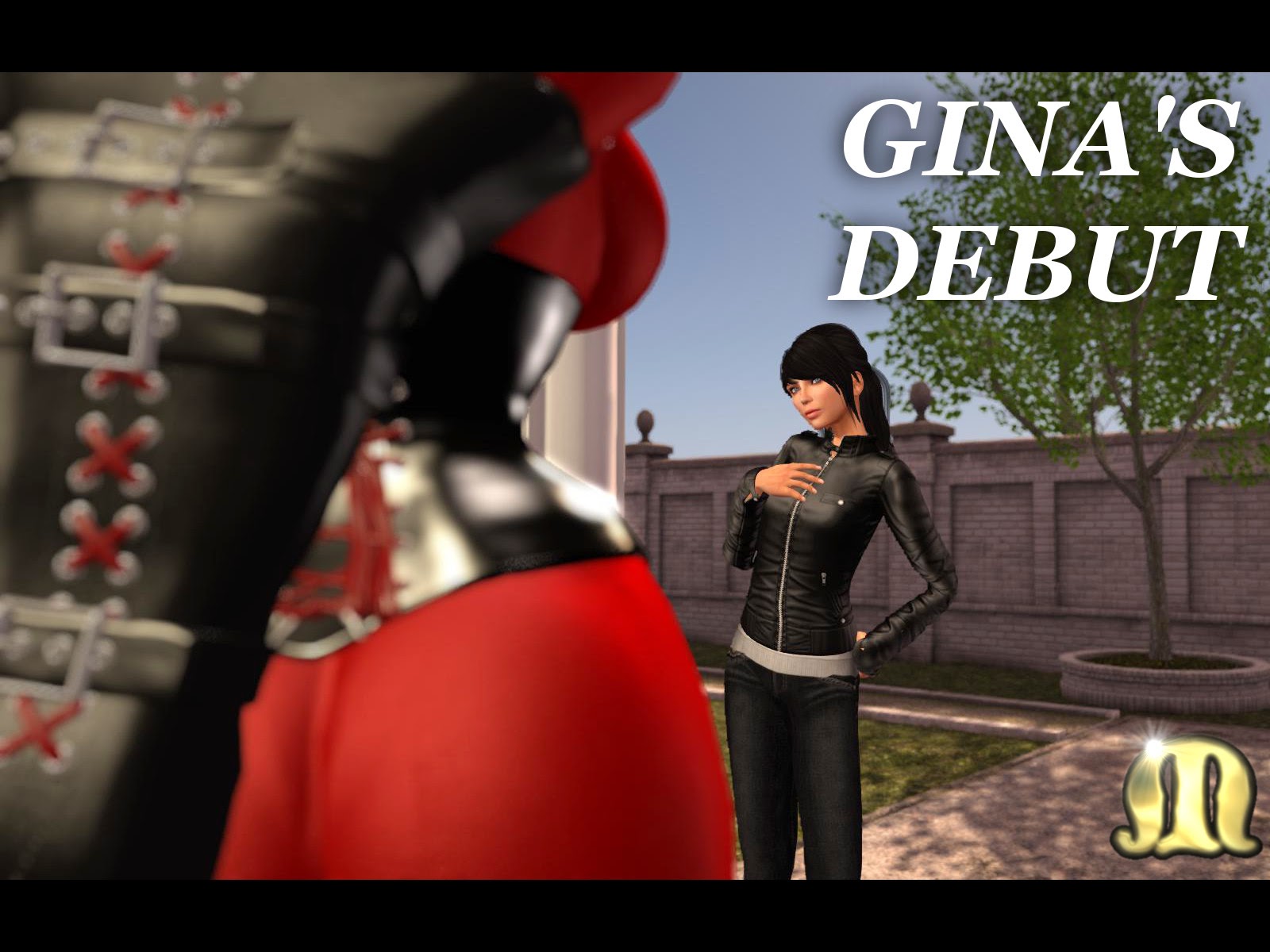 This is the first episode of the series, and pretty much the pilot, introducing all the main characters. This is the episode with the fewest videos, but with the most storytelling.

In this episode, Gina enters the Marquise's mansion for the first time, and immediately gets thrown into her universe. Met with bondage before even crossing the threshold, then stripped nude only a few minutes later, cuffed, the girl's mind will be blown away by how the Marquise handles her own little world, and will quickly be seduced by it.

As the Marquise introduces her to the other members of the tribe and explains how things work around here, she tightens her grip over Gina, always pushing her further and taking more of her freedom, until her inner bondage slut comes out. And that's when Gina realizes that she came to the right place.

In this episode, Gina is made to train in some kind of giant, human-sized mouse wheel, under a scorching sun.

Totally nude and tightly bound in leather, the poor girl will learn what it means to train with the Marquise, who is... merciless. Borderline sadistic, some may say.

Unlike the first episode, this movie does not tell a complex story, but rather focuses on Gina's sexiness, offering a lot of very hot videos of her sexy bound and nude body, working out under the sun in an ever-increasing bondage.

In this multiple episode, Gina is scheduled for a day-long session of bondage. She comes to the Marquise's mansion early in the morning... to find out that the Marquise is not there. But she left a note with instructions, to which Gina obeys to the letter. She soon finds herself wandering alone in the house, naked and in cuffs, looking for a cozy place to wait for the return of her favorite domina.

The whole episode, the three parts, are a blur of girl-on-girl, sometimes girl-on-girl-on-girl, kinky sex. At least one of them being in bondage. Gina goes from surprise to surprise, and realizes that someone seems to have plotted a long-term plan for everyone. A long-term plan that involves an absurd number of climaxes.

The first and second parts last 30 minutes each, the third part lasts 45 minutes. Most of the time being sexy videos of very hot lesbian sex. In bondage. 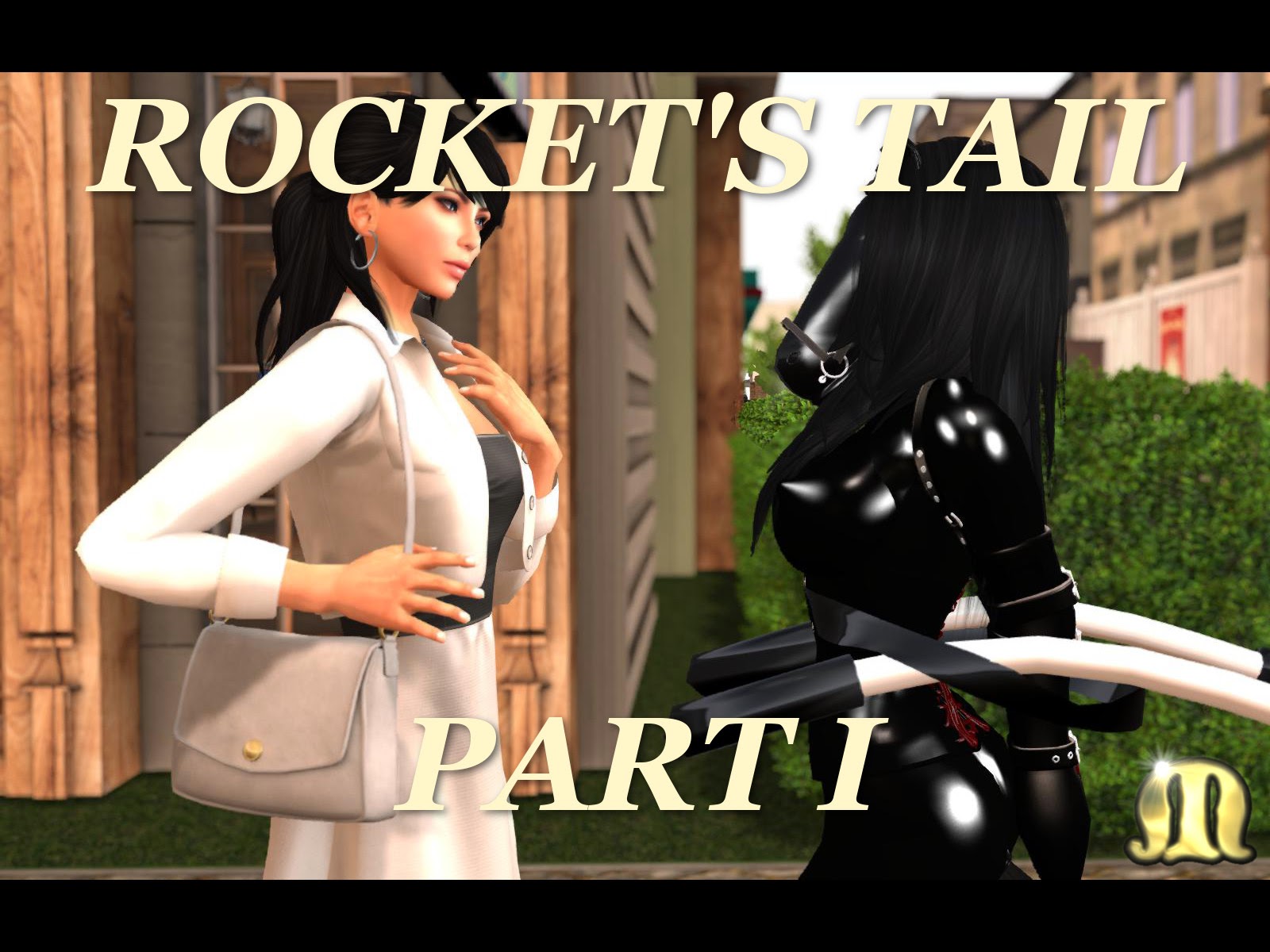 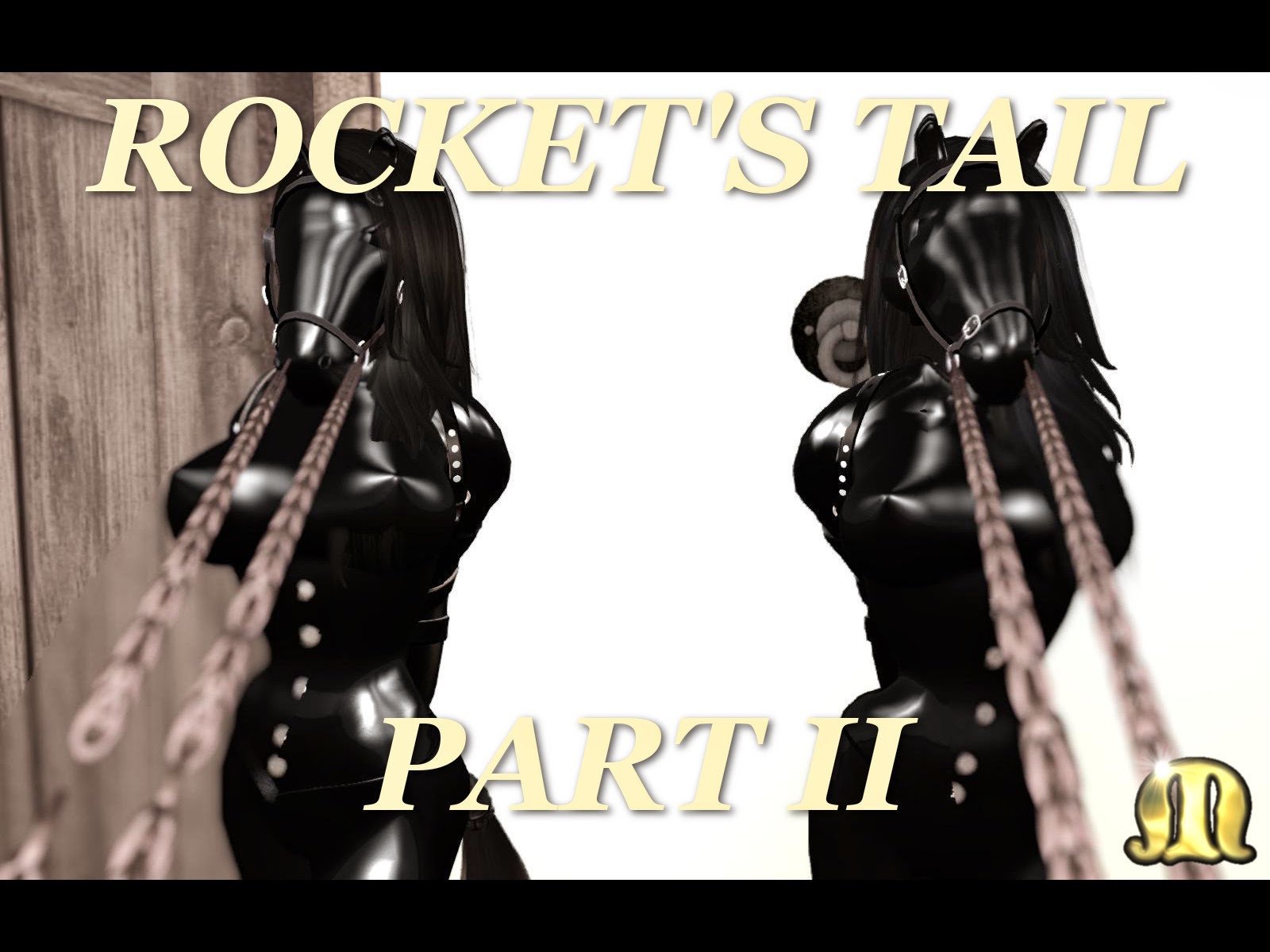 This is another two-part episode, this time entirely dedicated to ponyplay. But a special kind : full latex suit, gag, blindfold, ear muffs, a horse-shaped hood covering the whole head, hiding the face and identity of the girl underneath. As a result, every pony looks like a latex fetish dream, and can do nothing but obey the commands of her trainer.

In this episode, Gina meets a new girl, or rather, "ponygirl", i.e. a woman dressed like a horse and trained to behave like one. And this one is in the middle of the street ! Of course, the Marquise is behind this, and decides not only to tell Gina about the ponygirl's training, but to give her a crash course !

Gina totally did not expect this, as usual, but after some token protesting, she soon plays along, trains under the Marquise's commands, and reveals herself to be a quite talented, ultra-sexy, ponygirl.

Ponyplay is an activity I enjoy practicing a lot, both on the trainer and on the pony side. It takes a significant amount of my time and focus, and since everyone has their own view on ponyplay in SL, I wanted to show you my own, maybe, hopefully, it might inspire you ! Blindfolded cart pulling is a difficult activity (like every blindfolded activity, really), but is also a lot of fun ! Of course, the kind of ponyplay depicted here is not what you are used to see in SL, but... I think it offers an interesting and different view. 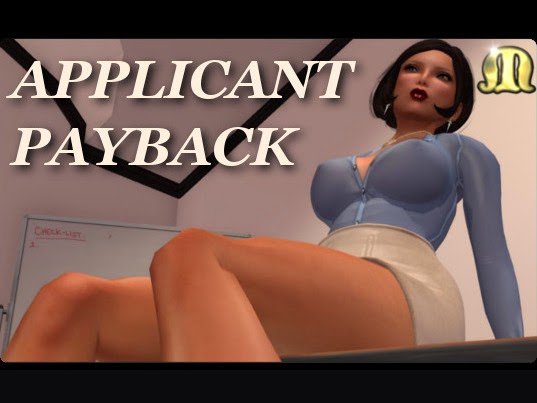 This movie is not part of Gina's story, but is realized by the Marquise, so expect a little crossover between both worlds. After all, it has been shot in the same house by the same people.

A sexy young woman applies for a job in a small company, led by a CEO who is more impressed by her curves than by her resume (which is impressive nonetheless). The woman plays along and they soon get "acquainted". On screen. No, they have no shame.

But that's before the applicant reveals her actual agenda to the CEO...

This movie is more vanilla than the others, but there is still a little bondage in it, because I just couldn't resist. It is also part of a mini-series, so those characters will come back.


As I said, I will continue to make movies, if these are successful enough. I have received a very positive feedback so far, and I can't hide that even I, after watching them all 20 times each (that's the least you have to do when you make movies), they still make me hot. No, I have no shame either.

Unlike my other two brands, those movies can only be found on the SL Marketplace, at this address :


You will find more pictures from the movies in there, so you can judge by yourself of their quality.


They require my HD Video System to watch, that you can find either in world, or here :


I hope you will enjoy the movies, I know I do !

And maybe they will inspire you to make your own, too !

Posted by Marine Kelley at 1:31 AM