Overhaul of the RR basic straps !

As promised when I released the Deluxe Straps, the basic straps were given a complete visual overhaul to switch them to mesh and dynamic shine with several different materials. The old straps were only black with white seams, now you can customize them all you like ! You are no longer restricted to leather, you can switch to rubber, PVC, even clear plastic ! 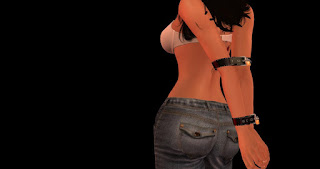 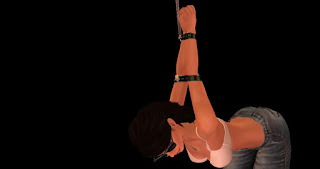 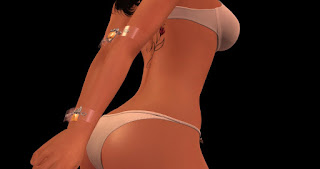 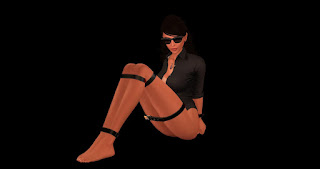 Please note that if you already own the basic straps, you do not have to buy these, since they are simply an update. Just go to my shop in Pak, click on the updater to get the latest folder, then update your straps with it, not forgetting to choose the "Replace" option, and you will be given the new version.

The old straps were made in early 2007. I think they are the second product I made after the Police handcuffs so they are very, very old. Dynamic shine, sculpties and mesh were not a thing back then, so prims were our only option to build stuff and it would always look basic. But time flies and new technologies come up every day so time for a little visual work on these. Their scripts and animations were updated along with the rest of the products but their look was never touched. So here is what changed :

* They are now unrigged mesh parts, one part per strap, exactly like the Deluxe Straps. To resize them, select the attachment, then check "Edit Linked Parts" on the Edit window (very important) and resize the straps one by one. There are only 6 of them if you own both the arms and the legs so it's very easy and fast.

* Since they are mesh parts, the two thighs straps are now grouped into one attachment, as well as the two shin ones. It wasn't done that way before because the straps were made out of prims, and you couldn't be expected to resize prim by prim. As a result, the new set uses 4 attachment slots instead of 6.

* Unlike the old straps which were necessarily black with white seams, the new version can be textured, tinted and have the materials changed thanks to the StrapTex plugin (one plugin in the arms, another one in the legs). The StrapTex plugin is exactly the same as the one in the Deluxe Straps, the options and effects are identical. As a result, you can make your straps PVC, latex, clear plastic, spandex, Cordura etc. You can make them black, red, white, blue, any color you choose. You can also tint the metal and the padlocks independently. And with the "Seam W&B" pattern (found on page 3 of the "Patterns" menu in the StrapTex plugin), you can imitate the look of the old straps.

* Thanks to their Style plugin, you can decide to hide some or all the straps, so you can use them along with other restraints or clothes. For example if you want to wear a tight knee-long skirt as a hobble skirt but it has no scripts, simply wear the legs straps locked in "Hobble", set their style to "Invisible" and voila !

* The arms part now uses the animations from the Deluxe Straps for both locks, which means that your arms are more tightly bound and you can do your maid duties in the "Elbows only" lock. You couldn't before as the hands were frozen, but now they move freely.

* Like the Deluxe Straps, these straps now play a sound when locked and unlocked.

* Oh, I've also included the 6 free poses to let you bend over for the strappado position, but don't forget to also use the RR Anim HUD to position your arms correctly !

* Lastly, I have noticed a bug in the StrapTex scripts, where the "Rustic med" preset wasn't specified corretly and wouldn't change to leather. It is fixed in these straps but will need fixing in the Deluxe Straps as well, this will be done for the next update, whenever it happens.


Please note that the version of the scripts is unchanged, it is still 1.28.1, so don't be surprised if the version number does not change on the menu. This is merely a visual overhaul.

If you already own the basic arms and legs straps, you can find an updater at the following places in-world :

If you don't own them and wish to buy them, you can find them in any of my vendors in world (for example at my shop, slurl above). They are two different products, cost L$180 each and are both No-Copy, Modify and Transfer. 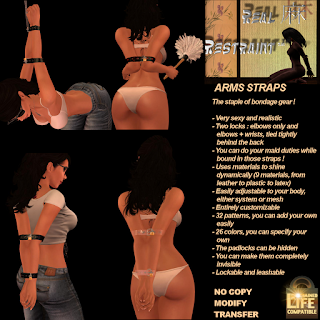 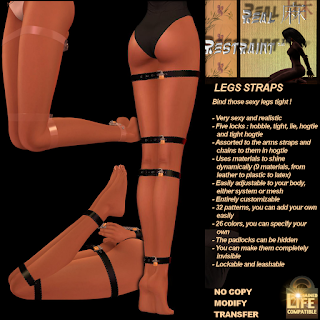 Marine
Posted by Marine Kelley at 10:28 AM

Yes, I know, a new RLV version right after a big release... can you say you're surprised ? I'm sorry about that :)

This latest version of the RLV contains a single bug fix for temporary attachments not being detachable (you'd have to relog for that), and an enhancement (in my opinion) that will prevent the camera from automatically reset the view when moving while sitting on an object. For example, when driving a vehicle or using any other kind of furniture that requires you to press the arrow keys. If you want to reset the view, simply use the Escape key. Please note that when you "unlock" the camera (that's the technical term for using Alt and arrow keys or Alt and mouse to move your camera), it will no longer rotate according to what you are focusing on, but it will still move with it.

You can grab the RLV for Windows here :

Posted by Marine Kelley at 2:02 AM