I am sad to announce that I have to close my RLV maze. This was a fun and quite frustrating place in which many many people struggled to find the way out after falling in a hole... It was also used as a harsh punishment for rebellious subs ("obey or you'll be thrown in Marine's maze !"), or as a challenge for the most adventurous ones. 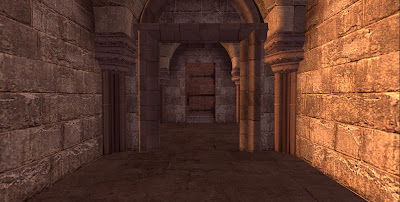 It has been a fun project. A self-generating, fully RLV enhanced, traps-riddled beast of 3000 prims (exact count varying a little across generations) lost in the middle of nowhere, built only in the purpose of testing the poor adventurer's willpower and patience. 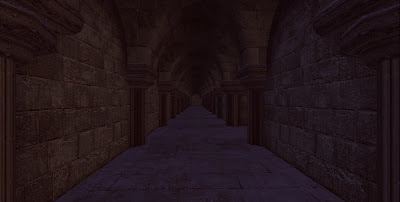 Wandering for two hours (average) before finding the exit, but not before falling into many hidden traps with spikes, smoke or cages, and to be teleported back to the entrance when "dying" after taking a wrong step. Or worse, teleported to a random location into the maze, that's when the victim feels totally lost. Oh the curses I have heard ! For two years ! The screams of frustration were music to my ears. Hehehe. Ahem. Sorry I digress. 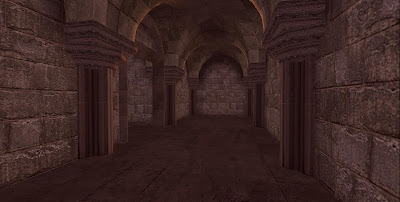 So, I have deactivated the entrance of the maze and I'd like to ask everyone who had a "kidnapper" linking to it to do the same. The sim itself will become private so they won't be able to teleport to it anymore anyway. But the maze is going to stay up for a few more days before being derezzed.

Some people might IM me to ask me to rez a maze at their place. It is a fun public playground after all. I'm all for it but I can't transfer it (it is not meant to be sold and some of its sculpts are no-trans anyway) and be warned that it takes a lot of prims as it is set now. It is customizable though, it can be as big or as small as you want.

I've seen people come back over and over again because they liked it so much. And although it takes between one and two hours to finish, I have seen people run it in less than six minutes ! Without cheating !

This closure has only one reason, I just can't support the cost of that place anymore. My sim is going to be rented so I can't afford to maintain a free public place like this anymore. I'm sorry, and I'm very happy to see how popular it has been, even if nobody ever spoke about it publicly. It was like "this secret place you can't talk about" :)


Maybe in the future it will be up again somewhere !
Marine

PS : If you like the design of the walls and ceilings, the textures and sculpts are made by Ariel Erlanger, who sells a dungeon-like skybox called "The Vault" in Vesta that looks exactly like this maze. Go take a look !
Posted by Marine Kelley at 4:14 AM