Update to the Police Collar

The Police Collar was created during the big update to the Police set as a replacement for the old Prisoner Transport Belt, which itself became a simple chain which is now included with the Elbows addon.

The collar comes with an interesting feature known as a "zapper", letting the keyholder/owner/captor control and punish the wearer/submissive/captive with strong jolts of electricity, either manually or automatically while having the collar monitor speech, relative and/or absolute position.

When I released the collar with the rest of the update, the only effect of the shocks were animations, sounds and lights on the sides of the collar, but nothing more punishing than that.

The update to the Police collar brings RLV effects on top of that, and counts punishments, which can be seen and reset by the keyholder at any time. Each time the sub gets zapped automatically, the corresponding punishment increases by one. For example, if she speaks three times and gets zapped for it three times, there will be a big "3" on the "Speech" line on the menu, and the keyholder will know the sub has been naughty. 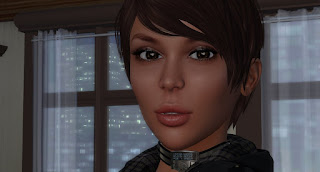 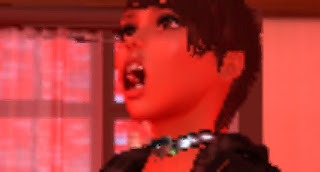 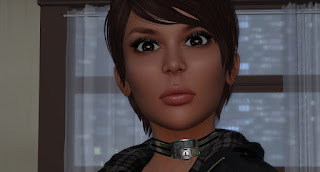 What the hell just hap-- 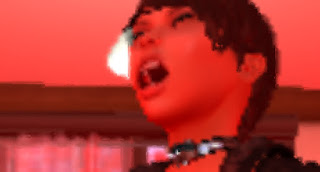 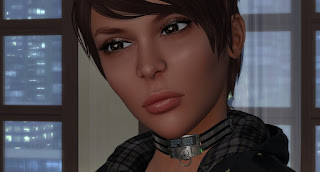 
It sure keeps a sub nice and quiet. Don't you agree, Tiffany ? 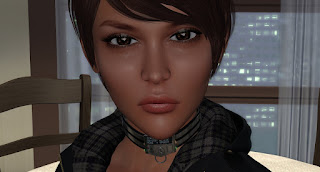 To update your collar and get these new features, you need to go to one of these locations :


Once there, click on the updater and follow the instructions. You absolutely need to choose "REPLACE" on the menu instead of "UPDATE" because one of the changes involves a script contained in a child prim, which the updater cannot reach. If you do not get a "REPLACE" option, contact me (Marine Kelley) to get a manual replacement.

Posted by Marine Kelley at 2:27 PM